Finally, A Replacement 6.5 Turbo Manifold For Our Diesel Trucks! 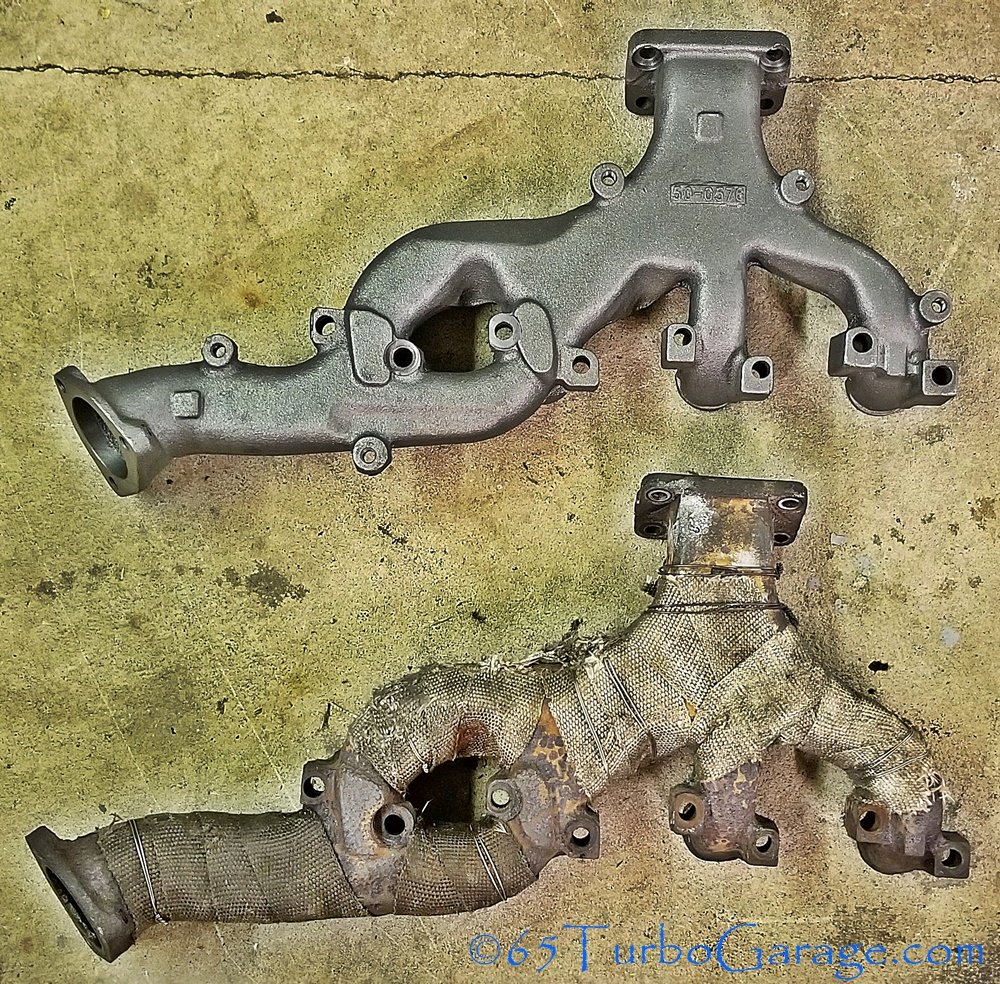 Many of you guys have been mentioning that you are needing a 6.5 turbo manifold for your truck lately. Maybe yours has rotted away or you're adding a turbo to a non turbo motor, this will work. There was only one that I knew of but then even that one disappeared for a bit. So when I saw that it came back on the market, I thought it would be a good idea to snap one up to have it on hand, and so you can get a good look at it to see if it will work for your rig (although I won't need it after I start making headers for these things). 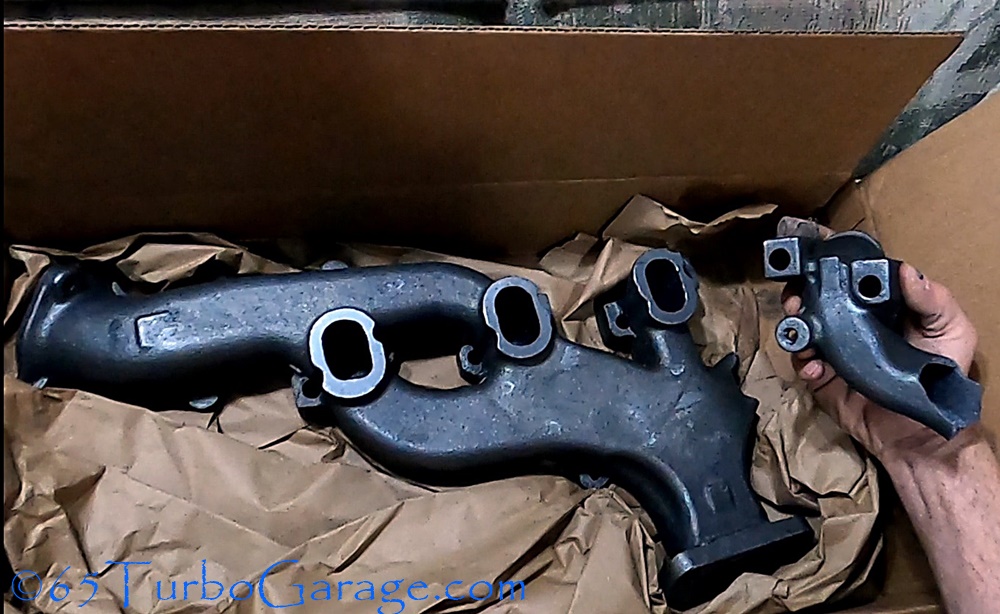 Welp, first impressions are not very good. But on par with many of the reviews I read in that it came in kit form, in multiple pieces, some assembly required.

One of the main reasons that I try to work with and recommend Amazon is their easy return policy. I called them up, they sent out a replacement right away, and then emailed me a return label that I just printed out and taped to the box that it came in. A quick trip to the closest UPS store and poof, problem solved.
A few days later, the new and improved one piece manifold was here and we could move forward. 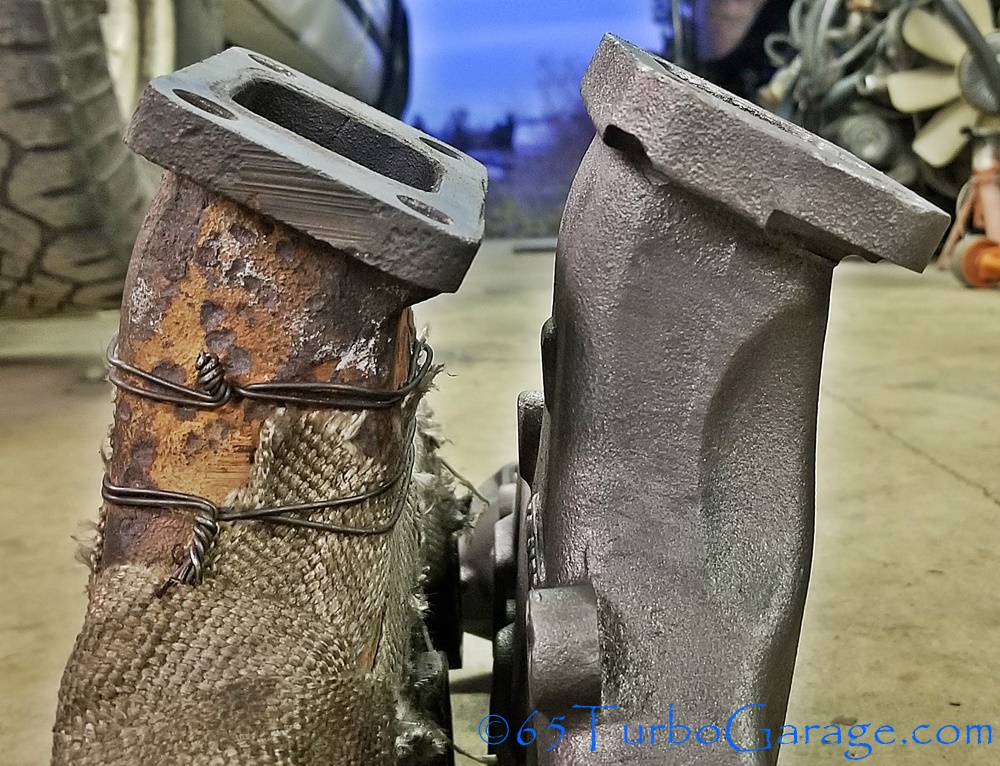 The APDTY Turbo Manifold Has a Slightly Taller Neck 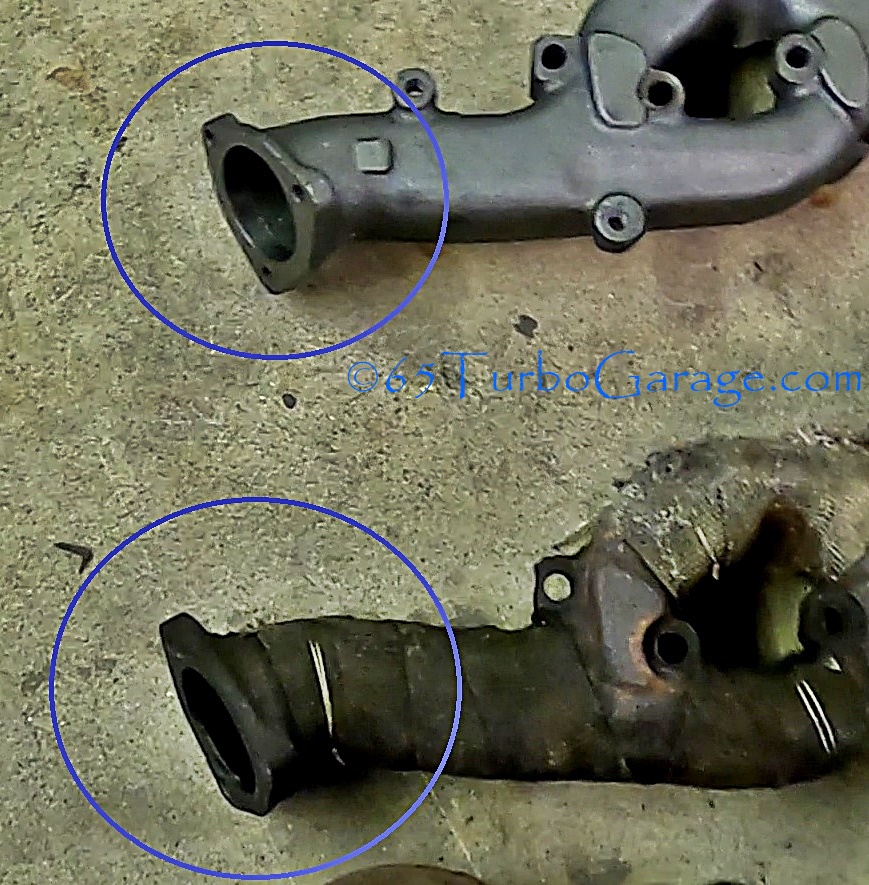 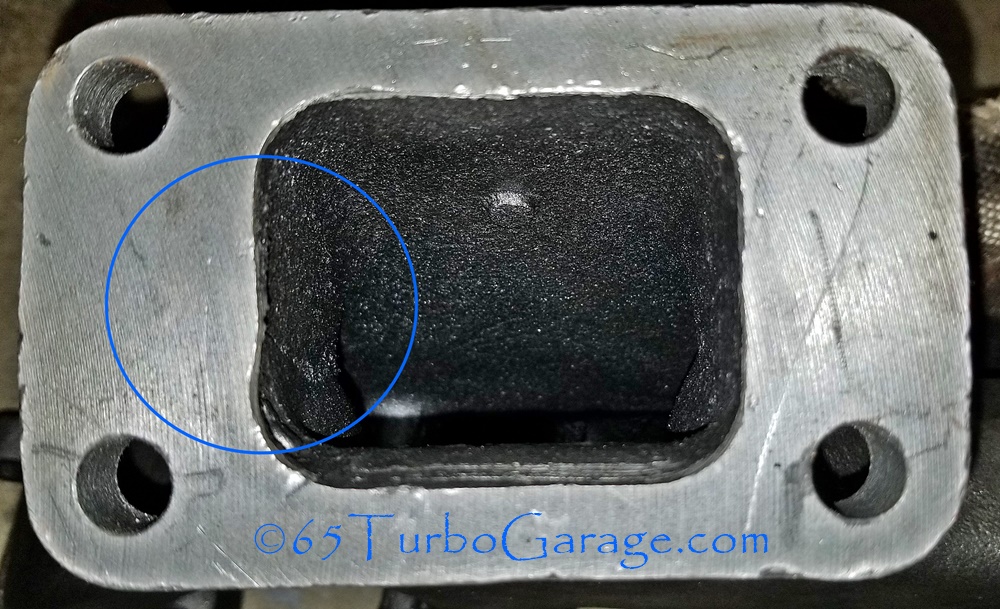 Has this helped in some way?  A like sure helps too!

But Does The APDTY 6.5 Turbo Manifold Fit?

Yup.
I seemed to feel a bit of resistance when fitting two of the inner bolts that could have just needed a little wiggling of the manifold to fit. Worst case scenario; it may need a round file run through it on the side that's rubbing or even just drilled out bigger (I'd prefer the file so you leave as much meat aroung the bolt as possible).

One small issue with fitment is that the mounting pads for the front two bolts is thicker for some reason. I'm not aware of different years being different but for whatever reason, you'll have to go get two regular grade 8 bolts an inch or so longer to reach. I don't have the thread pitch off hand so just take your old ones into the hardware store and match 'em up, OR if you have the means, method, or mind to, you could wittle down that pad to match your original manifold and use your old bolts. Old bolts or new, I'd rather do that just to have it right, myself. 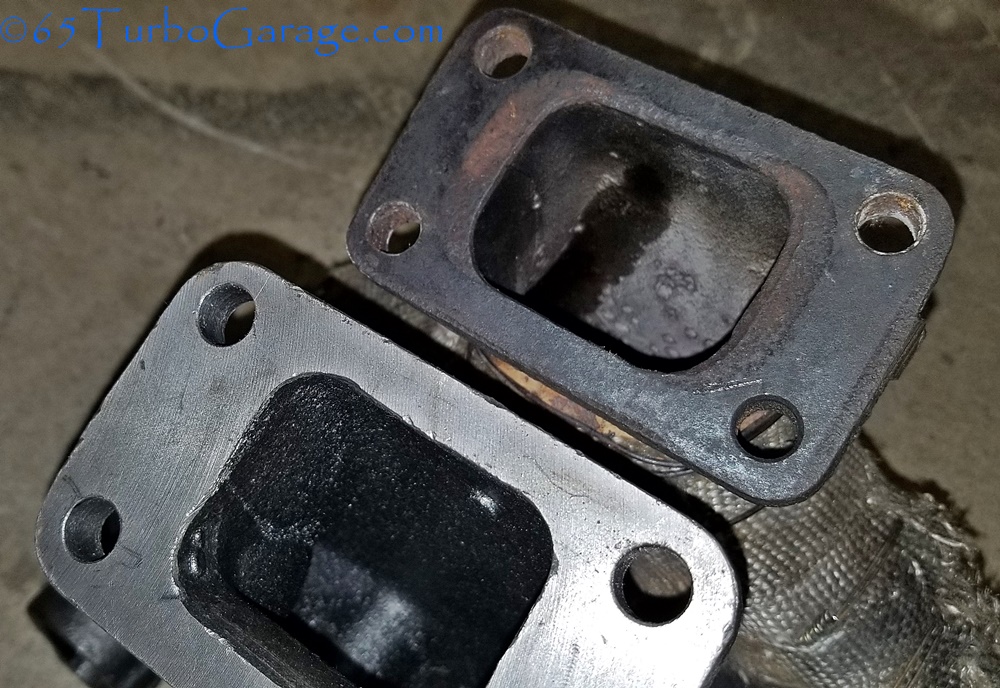 My A Team turbo slid right on the T3 flange which fits the original mount so that means that the stock turbo and any other with the T3 will too.

So, would I buy one? Well, I did.
But would I buy another one?
Yup, and you should too if your old one is wore out, you're adding a turbo to a non turbo motor, or you just want a more purdy one. Shipping issues aside, it looks to be of decent quality, it fit on the motor and the turbo fit on the manifold, that's the important thing. Any other little shape differences don't seem to be anything that will cause an issue so the APDTY 6.5 turbo manifold for the GM diesel seems like a winner to me!

You'll probly want to get one before they go up in price again (they went up about $40 in the week, or two, or more (shut up!) that I took to write this article)